Skip to content
Home
/
How Does Hydroponics Save Water

Says the South African Weather Service, 2015 was the country’s driest year since records began in 1904. Whether due to the cyclical El Niño weather phenomenon or part of a more enduring swing towards climate change, one thing’s for sure – the future of South African food security lies in greater use of water-friendly farming techniques. Hydroponics expert John Sandison explores how hydroponics could help…

Wasteful water use in farming

Consider just how much water is used in traditional agriculture, especially with spray irrigation. Huge pivots are used to spray large volumes of water on to massive expanses, all of which are exposed to the sunlight and consequent evaporation. Then, in addition, 99% of the irrigation water flows past the root zone and is lost to the water table – a huge waste.

Drip-fed irrigation uses polyethylene tubing submerged under the soil surface to feed the plants. In addition, a thin film of plastic mulch is used to conserve moisture in the soil by protecting it from the sunlight, so this method precludes loss through evaporation, but there is nevertheless a large loss of water flowing past the roots and back into the water table.

Because of the difference in the two forms of growing plants, hydroponics uses one third of the water compared to traditional agriculture, which is a strong factor in its favour in this water-stressed country of ours.

How does hydroponics work?

Hydroponics is the growing of plants in nutrient solutions, with or without sand, gravel or other inert media to provide mechanical support. The main difference between hydroponics and traditional soil-based agriculture is that with hydroponics the nutrition comes from water soluble fertilisers rather than the soil; thus, in hydroponics there is no soil.

In hydroponics plants can be grown using a number of different systems. Nutrient film technique (NFT) uses long PVC troughs or channels equipped with a fitted lid into which holes are made. The plants hang suspended through the holes and a film of nutrient water is passed underneath them over the bottom of the channel.

Similarly, sand or gravel filled beds can be used to house the plants. The sand (river sand, not soil) or gravel is housed in a plastic-lined trough made by using gum poles, bricks or tensioned cables. The nutrient water is passed through the growing medium from one end to the other (the bed is set at a slight slope).

Vertical growing systems house the plants in medium-filled pots that fit integrally into one another forming a column 1.8m high. The nutrient water is fed into the top pot and percolates down through holes in the pots from one pot to the next. There is an enormous space saving using this method.

The bag system uses dual extruded plastic bags to hold the chosen medium, black on the inside to inhibit weed growth and white on the outside to reflect the maximum amount of light. The nutrient water passes out through holes in the bottom of the bag and collected in a bucket from where it is returned to the header tank.

There are other growing systems used in hydroponics but the four referred to are the most popular in South Africa. In every case, the nutrient water is housed firstly in a header tank, then fed to the plants using polyethylene tubing and collected again after use and returned to the header tank for continued recycling. The nutrients tend to go out of balance after a couple of weeks and salt from the water source also can build up in the system so it’s a recommendation to empty the header tank once a fortnight and dump the contents over the garden, lawn or other needy area.

This, then, is the crux of how water can be saved using hydroponics. For thirteen days, water is recirculated and re-used – only on the fourteenth day is it trashed, and then it’s not a complete waste as it can be put to good use in other non-hydroponic applications. The water used in hydroponics is confined only to the water that the plant uses as it draws the nutrient water up into its system through osmosis and the water passes out via evaporation through the plant leaves. Nutrient water whilst being fed to the plants is not exposed to sunlight and consequent loss through evaporation.

But that’s not all – harvested water from roof run-off when it rains is ideal for use in hydroponics, adding to water conservation efforts. 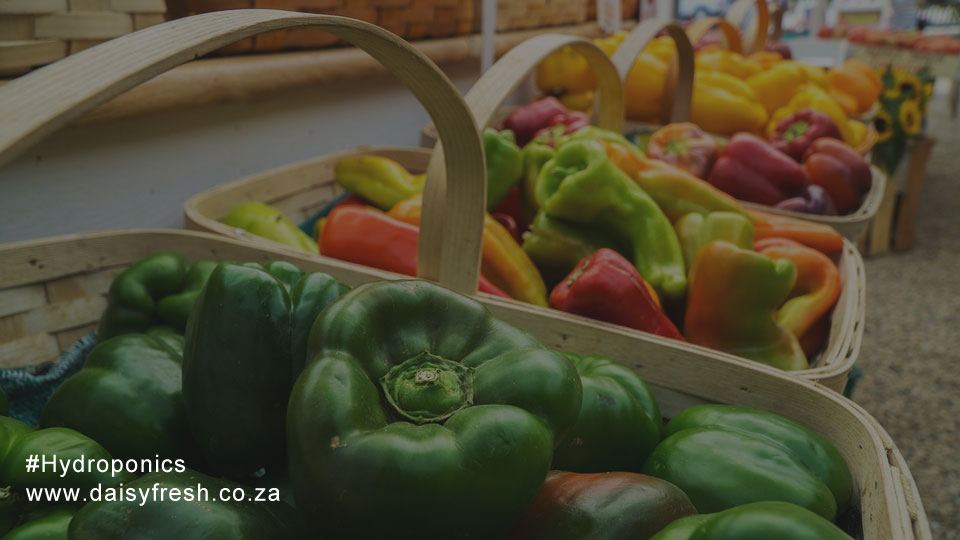