In an earlier issue of The Farmer’s Weekly Julia Kupka exposed some of the shortcomings of the hanging bag system and the dangers of unscrupulous franchisors. These are two very real dangers for potential hydroponics farmers, but there are many others too that the inexperienced hydroponics farmer may not be aware of.

Before dealing with those others however, it may be worthwhile examining with a little more detail the reasons associated with the failure of the hanging bag system (which gives other successful vertical systems a bad name) and other failed franchises.

The mechanical collapse of the hanging bag system discussed in the article referred to earlier was a small part of the real reasons why it doesn’t work.  It was unfortunate that the steel wire employed to keep the bandolier erect was not sufficiently strong or sufficiently well anchored to do the job.  More likely, as can be seen from the photo, too many hanging bags were suspended from a single wire that could practically have been supported by that system. This is a common mistake made by designers and constructors of that system.  They assume that any number of bags can be placed side by side without due regard to the physical tolerances of the wire and its anchoring system.

What is more important is that no attention is given to the plant’s light requirements and it is often incorrectly assumed that the supply of light is infinite.  This is not so. Light, measured in Lux units varies in South Africa from about 650 units during midday in summer to less than 400 in winter.  The supply of light is not infinite, and once more than about 30 plants per square metre are crowded into the same space there is not then, enough light to go around and growth suffers.  Linked to the light distribution factor is the physical orientation of the bandolier.  Most hydroponic systems are sited in such a way that they face North to South, so that as the sun makes its way from east to west during the day the spread of light is evenly dispersed over all the plants.  With the bandolier system this is impossible as the system itself shades 50% of the plants from the sunlight depending whether it is morning or afternoon.  In other words, in the morning only one side of the bandolier receives the sunlight (the other is in shade) and in the afternoon the reverse side receives the sunlight. (look at the photograph on the first page of the previous article referred to earlier.  The sunshine shown in the photograph fronts the shade on the other side behind it). A Bandolier system can only ever therefore, receive 50% of the sunlight that other successful systems can provide. If the bandolier system were inadvertently sited east to west, the southern side of the row would receive no sunlight at all. A comparison with the VERTI-GRO vertical growing system reveals that the latter (that consists of nine polystyrene pots that are fitted into one another to form a vertical stack) receives light from 360 degrees around and the columns are sited from between 800mm to 1200mm from each other in such a way that wrap-around light is allowed access to the plants from any direction.  No more than 30 plants per square metre are allowed.  A standard 8 x 30 tunnel can accommodate 6800 plants using the VERTI-GRO system.

As important as the question of light access to the plants, is the ability of the bag to distribute nutrients to the plants evenly and quickly.  The normal size bags can hold 1000 cc of earth, or medium.  Depending on the root system of the plant, this is generally too small simply because the bags are suspended and the plastic comprising the bag exerts a pressure on the medium, thus compressing it to an extent that eventually little or no nutrient can make its way through the system.  The roots of the plants compound the problem by searching for nutrient and, as a rule, extend throughout the bag compartment thus further blocking any flow of nutrient.  The plants eventually become pot-bound and then die from under-nutrition or thirst.  Furthermore the bags cannot then be re-used.

By contrast, in the VERTI-GRO system each pot holds 4000cc of medium and 4 plants share a pot. There is plenty of medium for most root systems and the bottom of each pot prevents the weight of the medium resting on the pot below.  Each is an individual and separate unit, equipped with 12 x 6mm drainage holes dotted across the bottom of the pot. The nutrient is allowed to trickle unimpeded from the top to the bottom of the stack and nutrient and oxygen supply is even and uninterrupted.  Plant growth is therefore quite even as light, oxygen and nutrient is supplied and received evenly. The entire stack rests on the ground and is not suspended from the tunnel. Pots can be used over and over again.

Sadly, the proliferation of people with gold or silver handshakes from retrenchments and willing to start a franchise has meant that the market has seen an entry of individuals not experienced or qualified in the Hydroponics world.  They are easy targets for unscrupulous franchisors, who themselves, often lack technical expertise or knowledge of their subject.  Plant quality is of the utmost importance in Hydroponics and any drop in quality of the plants supplied will have a direct effect on the yields experienced by the franchisee.  Prospective franchisees should make absolutely sure that plants supplied by the franchisor have been properly grown and treated. If they comprise genetically modified material, franchisees should make quite sure that the plants are suitable for growth in South Africa’s climate.  It’s no good believing what the prospective seller tells you, you must find out for yourself. Remember the old adage here “If someone’s trying to sell you something, don’t believe a word he says”. For example, if plants have been bred for growth in a cool, dry climate overseas, don’t expect them to do well anywhere near our South African coast that is warm and humid.  If they have been bred for growth in a northern latitude not akin to our own, don’t expect them to do well here, no matter what the franchisor tells you, especially if he tells you that they have been tried and tested for South African conditions and proven successful. Rather let someone else be the guinea pig or source your own plants.

HERE ARE SOME USEFUL DO’S AND DON’TS

Use systemics – if the plants fruit all the time the fruit will be toxic if you do. 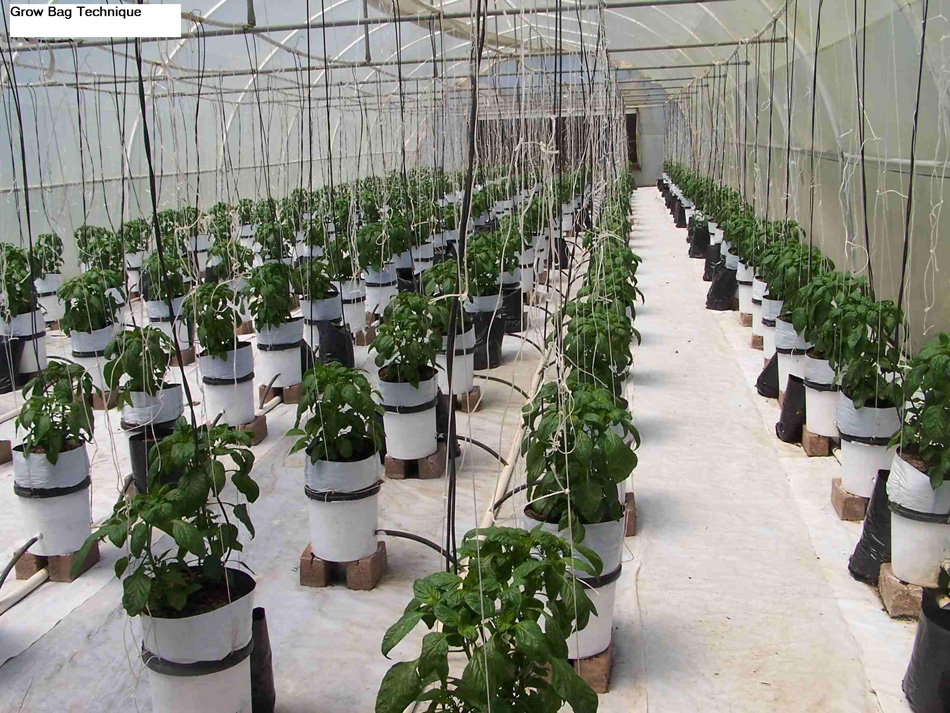